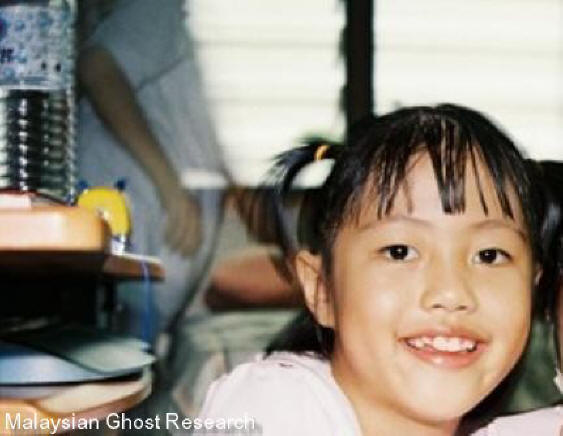 The Impact of Positive Thinking and visualization on Paranormal Investigation.

We have learnt new knowledge about the existence of the parallel worlds through the scientific beliefs which believe that the distance of the closest parallel world is only an atomic dimension away from our own dimension. In fact, we shouldn’t doubt someone’s duplicate captured on film, since even the physicist believes that we have our own duplicate that exist not far from us.

However, in order for us to capture the existence of the parallel worlds that overlaps into our dimension, it must be followed by our high intention to capture the paranormal in nature. This intention mentioned has the correlation with our positive thinking that is open to accept new knowledge and the positive visualisation.

I believe that the concept of the positive thinking and the positive visualisation which invented by the International Ghost Hunters Society (IGHS) have the relationship with someone’s ability to merge them self into the parallel world. Hence, I myself consider the ability mentioned as Mind-Body-Soul concept which combined our intelligences into one single resource that can be utilise at the maximum capacity during field investigation.

Consider positive thinking and positive visualisation as tools that can trigger our subconscious mind to think in such a way that brings our subconscious mind to merge into the reality that involves logical thinking. Perhaps, the merging process may radiate energy which is emitted from the vibration frequency of the brains. We consider that the energy released from positive thinking, positive visualisation and the high emotion put into the investigation enough to weaken the barrier between the parallel world and our dimension. The emotions here are related to the inner soul which involved through personal meditation before we start our investigation.

Therefore, I would like to point out the best example of how effective the IGHS has been in teaching us to have both positive thinking and visualisation. We don’t need to have sophisticated tools to document the existence of the parallel world and its citizens as long as we understand how to use our personal ability.

The picture below by Kristy Aucoin that had captured Kristy’s duplicate at the same space and time proves the physicists’ belief that each of us has a duplicate. Furthermore, I would like to point out why Kristy had obtained such a picture. As I mentioned earlier, positive thinking and high emotion towards something may the key to generate a high level of energy that may weaken the barrier of the parallel world.

physicist believes that we have our own duplicate that exist not far from us.

Hence, her explanation about the investigation reveals that she had high intention to help Emily to cross over to the next dimension, and that this intention was considered a positive intention. In my opinion, the explanation through the Mind-Body-Soul concept sees the intention as a kind of energy that is able to trigger the logical mind to merge with the subconscious mind (mind concept and at the same time the emotion which rises towards the intention have enabled both mind and soul to merge together. Meanwhile, the process of concentration actually is the process of the mind merging with the inner soul. Why Kristy felt the pain being settled at her neck was actually because the inner soul sent the information that it received and sent the information to the conscious mind to be process logically. Therefore, the body could feel what the inner soul felt.

My close examination on this photo suggests that this photo is not a double exposed, since the background of the physical world does not have double images except of Kristy and her duplicate. Furthermore, even though Kristy and her duplicate were standing still next to each other but there were some differences which are the hair, shirts colours and the standing position which showed Kristy herself looking at the camera while her duplicate did not. Furthermore, it’s clear that Kristy’s duplicate had transparent legs. In line with this discussion, it is sometimes not necessary for the duplicate to be captured on film at the same space and time, since there have been people reporting to have seen someone at home while that person was at work and the picture below is another possibility that may have correlation with this event.

Therefore, it is clear that 100% concentration during investigation is very important for us to meet with great success. Perhaps, this picture gives us an idea that positive thinking and visualisation have a great impact on field investigations.

My conclusion is that, the positive and open mind with high intention in a positive manner may help us easily merge into the parallel world and, perhaps the duplicate of ourselves  may have the relationship with our physical body through our inner soul or perhaps one’s duplicate may be the inner soul that is projected out by our Mind-Body-Soul Concept.

This article also have been published under the IGHS newsletter: Newsletter, October 14, 2006 Ghostweb.com with 20,400 readers