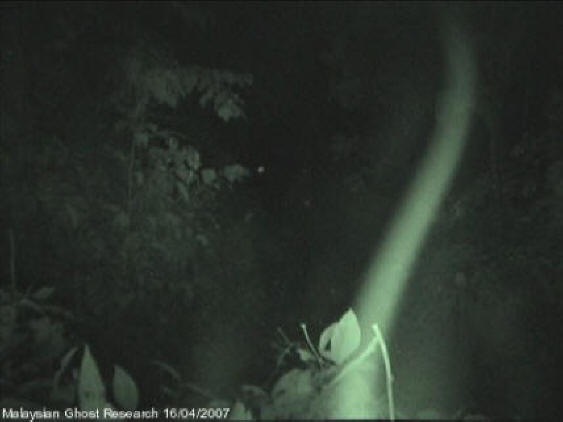 The key to success in documenting ghost existence.

Introduction Every one of us has the right to know the truth that lies beyond the mystery of the spirit world. Therefore on my part, I share what I have found through my research on my website free of charge. However, ability differences among us paranormal researchers that limit our understanding makes us sometimes misjudge a ghost's appearance. Some of our website visitors who had viewed our video footage mentioned that the supercharged orbs that were recorded on video were actually those of insects. These kind of comments mostly come from those who have no understanding or have no qualifications in evaluating ghost energy patterns. In fact, if our mind is still stuck with its traditional view point that ghosts should appear in the form of human figure, then we definitely won't be able to evaluate the multitudes of ghost energy patterns. In fact, sounds from insects or the surroundings do not necessarily tally with what that appears on the screen, and we therefore need to conduct further analysis on the video frames that have captured a suspected anomaly.

The truth about ghost energy patterns. Neither insects or ghost energy patterns that have been captured on video that had been sets to super night shot modes have similar characteristics i.e. producing long contrails. However, even though both have contrails but their state of existence tells us their true nature. An insect may produce contrails but is unable to change its solid appearance, unlike ghost energy patterns that are able to transform into a multi type configurations such as releasing some kind of energy, disappearing before they pass the screen area and are able to change their physical appearance instantly. Hence, if we captured such an anomaly on video then most probably we have captured the existence of the ghosts of the dead.

Insect is capable of producing similar long contrail but with its ripple edge or zigzag appearance related to the flapping wings action.

Interestingly, through my solo research I have found the truth regarding the appearance of ghosts that can be seen in multi-configurations. Two of my video clips that have yet to be posted prove those ghosts are able to change their appearance instantly according to their willingness to reveal their true selves to us. 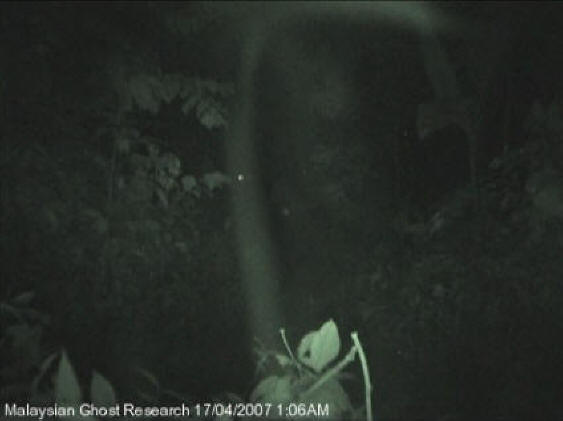 Ghost is in the form of energy that able to shape their appearance instantly.

The ghost metaphysic is based on energy in the form of unique electromagnetic field.

Furthermore, I have learned something from the previous investigations - that in order to have trust from any ghost we need to be with them for a longer time. In fact, half in hour actually is not enough to gain their trust. Even though we can successfully document their existence in a five to fifteen-minute investigation, we will still only be able to capture them in the form of orbs, ecto clouds or supercharged orbs. In order to capture their appearance in human configurations we need to be with them for at least two hours or more. However, we must remember that our nature, focus and being open that ghosts are human too are the basic keys to gain their trust.

The true nature of ghost. Sometimes people like to emphasize ghost in negative light according to their own perceptions. Indeed, the reason why we could see an ugly or scary-looking ghost is because we ourselves had wanted to see them in that way. Our perceptions, our own negative thinking and our unspoken prayer that comes without our realization are those which lead us to see ghosts in ugly or scary form. In fact, based on my own experience being a solo ghost researcher for the past eight years with over two hundred solo investigations, I have never experienced these kind of bad events as some people had reported. But yet, I have found that the negative view among us about ghost is the biggest culprit that becomes the root of people fearing the dark. 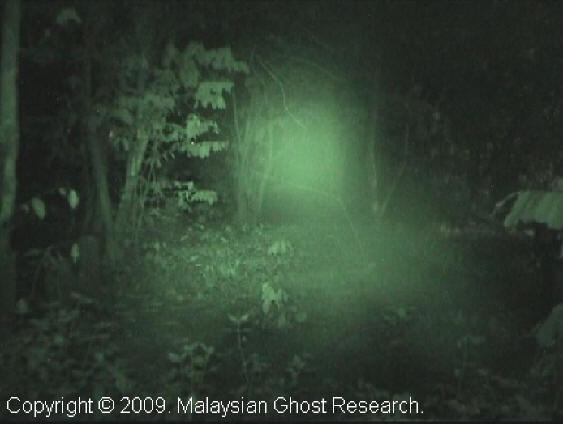 Because lack of understanding on ghost true nature most people become fear of darkness.

Interestingly, to date I have found no solid reasons why we should fear ghosts. The truth is ghosts are just like you and me. In fact, being a solo paranormal researcher I have found more evidences about the existence of the ghost of the dead. In my investigations, I only used very basic ghost hunting equipment that includes a digital camera, video camera and digital voice recorder and yet, I have had great success in my research. Therefore, I'm not keeping this for me but letting it be shared among the Malaysian Ghost Research Society members. Being a solo ghost researcher, I have created my own key to success in solo paranormal research. Being alone in the darkness either in a cemetery, an abandoned house or in a jungle, there is nothing actually that had scared us. We have our own ability to create safe environments during our solo investigations by combining our knowledge which I have called the Mind-Body-Soul Technique. This is not a magic word but just a combination of personal inner strength resources into one single resource that can help us during our investigations. This technique combines our intelligences which consist of three large resources which are the mind, physical body and inner soul. The mind plays an important role as a bridge to connect our physical body with our inner soul. Our physical body is represented by our five senses that will help us to understand the paranormal vision received from the senses of the inner soul, and it is our physical senses that will send the information to the brain so that it may be processed logically. Our five senses will be unable to sense the presence of the ghost if our physical body was not connected to the inner soul, because it is only the inner soul that may make contact with the ghost. Therefore, 100% concentration during field investigations plays a very important role. Through our mind's power, we are able to change supposedly unsafe environments into safe environments just by altering our attitudes by creating positive outcomes in the future. Finally, in solo ghost research, success is in our hands. The danger is not from the environment that we step in but rather, our negative attitude that releases negative focus that will further generate negative outcomes. Believe that we are able to change the future that will benefit us!

This article was revised on 06th. November, 2011. The previous version of this article can be read from International Ghost Hunters Society (IGHS) Articles Sections.